What the hell is an angry martini?

Once upon a time, we had a cat. Actually, two cats. Cleo and Godiva. One of them was more neurotic than the other.

Godiva was small and sweet, and clumsy with long black hair — and the brain the size of...something really tiny. If you went on a trip it would take her four days to realize you were gone (despite the strangers coming into the house to refill the cat food bowl). To her it was probably magic or maybe "just expected" and the way things were. On day five she would realize you were gone and start licking herself neurotically. By the time you got home it looked like someone went after her with a belt sander.

When later came, I decided to use the domain for my online cookbook. I created it so I could go to the grocery store with my iphone and have all my recipes with me. I am tired of paper cluttering my life. It was perfect. Built in search, can't lose them, easy to edit, etc. It was also a handy place to send people for a recipe. "You want the recipe? Sure. I'll post it on Angry Martini.

As time has passed, I have found myself being jealous of all those crafty mommy blogs. You know the ones with all the fun house projects, recipes, and good conversation at the bottom of the post. I have an established business site at LenaShore.com, but I realized I had nothing that was just mine.

I craved for a place to call my own. A place to share artwork, great successes, failures, and say the word "fuck" if I felt like it. So, this is it. I know it will evolve over time. My plans are for it to turn into a place for me to be me without apologies and to hopefully cultivate a place to share who I am with others and vice-verse.

People keep asking for me to sell things. So, I added a shop. 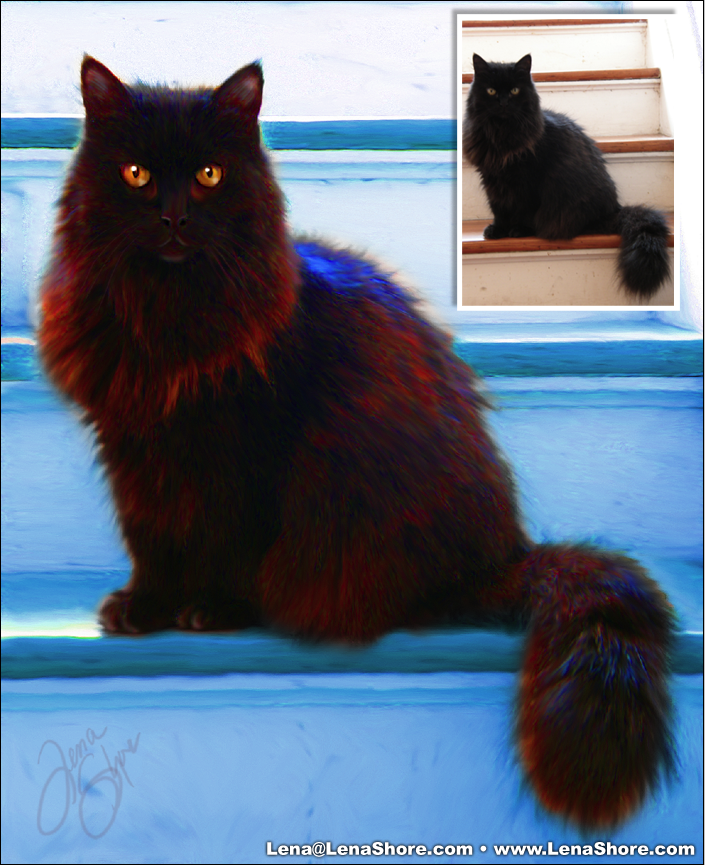